Baking Camp is a 5-session online course in essential home baking techniques led by professional carbohydrate enthusiast Scott Wiener. We'll email you a list of ingredients and equipment you'll need to follow along at home. You should be able to find everything in your local grocery store, so there's no need to source anything obscure. Students will also receive access to videos of each class, bonus recipes, and additional breaducational materials.

send me info about the next baking camp session 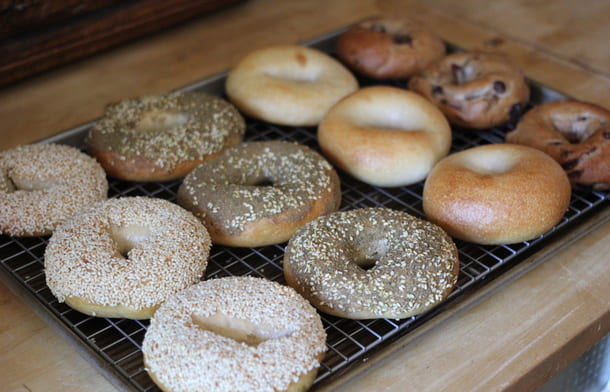 What are we going to bake?

Our August session focuses on yeast-leavened breads! Get ready to master bagels, pizza, whole wheat sandwich bread, and semi-sourdough country loaves. All projects will fit into our 5-day cycle so you won't have any homework. All you'll need is some flour, salt, yeast, oil, butter, honey, and some bowls. We'll mix by hand, so you won't even need a stand mixer! This is all about the basics -- perfect for those who always feared baking because they thought it was too complicated. 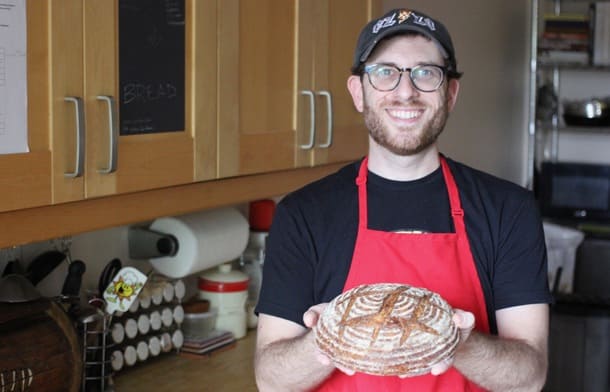 As founder of Scott's Pizza Tours, Slice Out Hunger, and the Pizza Resource Center, Scott Wiener is a leading voice in the pizza industry. He's a monthly columnist for Pizza Today Magazine, host of Thrillist's Really Dough, and Guinness World Record holder for largest collection of pizza boxes. Sounds strange, but it's true!

Scott’s love for pizza began in suburban New Jersey, where weekly pizza runs created a subliminal dietary requirement. A simple love of pizza turned into obsession as he realized the history, science, and culture of pizza ran much deeper than previously thought. Weekly expeditions to historic pizzerias stirred up interest among family and friends, leading to an epic birthday party celebration that involved a school bus, a megaphone, and 26 friends. Six months later, Scott launched Scott’s Pizza Tours as a way of channeling his desire to teach the deeper story of pizza. Now, Scott is a full-time pizza enthusiast, sharing his love with inquisitive pizza lovers.

Scott runs every Sunday NYC Pizza Bus tour as well as a revolving schedule of public tours, private events, and  online classes with his team of mighty pizza spirit guides.

Gayle King featured SPT on her page in Oprah Magazine in July 2019. WOW!

Scott has forgotten more about pizza than most people have ever known!

Gayle King featured SPT on her page in Oprah Magazine in July 2019. WOW!

LIVE with Kelly and Ryan

Scott has forgotten more about pizza than most people have ever known!